GCC Is Setting Up for A Bright Future in Open Banking 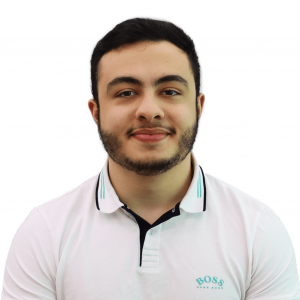 With the emergence of new disruptive entrants into the financial sector, Banks need to choose what posture to adopt against this change – whether to be a shaper of the future, a fast follower, or to manage defensively, putting off change. Staying the same is not an option.

As banks are beginning to realize the need to adapt or get left behind, Open Banking has been gaining great momentum within the MENA region. Through facilitating a secure way for customers to grant access to third-party providers, Open Banking is building a new world of intuitive financial services that increase customer choice and value.

Following the success of Open Banking in Europe and North America, The Open Banking revolution in MENA has been kickstarted by the Central Bank of Bahrain, making it the first in the Middle East, to introduce regulations that mandated the adoption of open banking by all retail banks. This was a significant benchmark in the region’s financial sector where neighboring jurisdictions are now starting to follow suit.

The advent of Open Banking has been gaining increased importance in the UAE. Recently public announcements in support of Open Banking have been made by the federal regulator, Central Bank of UAE & state regulators like Dubai Financial Services Authority (DFSA) and Abu Dhabi Global Market (ADGM) to drive innovation further within the thriving UAE fintech landscape.

In May of this year, the DFSA announced the launch of the “Account Information” and “Payment Initiation” licenses to allow and regulate activities related to arranging money services within the Dubai International Financial Centre (DIFC).

Given that the UAE is home to the largest fintech market, hosting around 46% of MENA’s FinTech startups, adopting Open Banking regulations proves to be a significant step in facilitating larger collaborations between FinTechs and financial institutions. However, considering the fragmented regulatory framework in the country with 3 regulators competing against each other, can Open Banking truly take off without standardization?

With increasing venture driven investments, the Saudi fintech sector has been quickly growing within the past couple of years. Several key developments have taken place to support the growth of the fintech industry in the Kingdom.

The developments include the launch of Apple Pay, the establishment of Saudi Payments, and the continued issuance of regulatory Open Banking testing licenses and regulations by the Saudi Arabia Monetary Authority (SAMA) and the Capital Markets Authority (CMA) to support fintech activities.

However, in the case of Open Banking, some might argue that the sector is yet to mature enough to embrace the full potential of this movement. Open Banking is built on the principle of giving ownership of data back to customers and placing them at the heart of this revolution. It spurs a renewed interest in the capabilities of APIs, especially combined with increasing cloud adoption. As banks share their data with developers and service providers, a new landscape is being shaped in which customers are reaping the biggest benefits.

Open banking is a natural use case for cloud technologies and microservices architecture. Cloud delivers the computing power, elasticity, and agility needed to process large amounts of real-time data in a cost-effective manner and at the pace to stay competitive. However, although the whole world seems to be diving headfirst into Cloud Computing, Saudi seems to be more hesitant.

Further frustration communicated by the market on the constraints within the previous cloud regulatory framework, have only recently lead to the framework being revised in February 2019. Which now addresses several concerns voiced by multinational Cloud service providers. Thus, potentially paving the way for Open Banking to set off in Saudi.

Although the fintech landscape in Kuwait is less developed than in neighboring countries. There are strong indicators that suggest that there is a strong market appetite to adopt innovative fintech solutions. With the majority of the population being young, ranging between 25-35 years old, the need for seamless banking experiences has never been more prevalent.

And while the Central Bank of Kuwait has communicated publicly the interest in adopting Open Banking regulations, a fintech regulatory framework needs to be put in place to drive the agenda forward and give tech-savvy customers what they have come to expect from financial providers.

All in all, GCC countries have been prioritizing the adoption of Open Banking to accelerate innovation within the financial services sector. However, with each country adopting a different Open Banking model, the need for regulatory standardization between different jurisdictions is required to allow FinTechs to passport quickly and scale up regionally.