Manama and Sharjah Among World’s Top 5 Start-Up Hubs, According to Major New Report 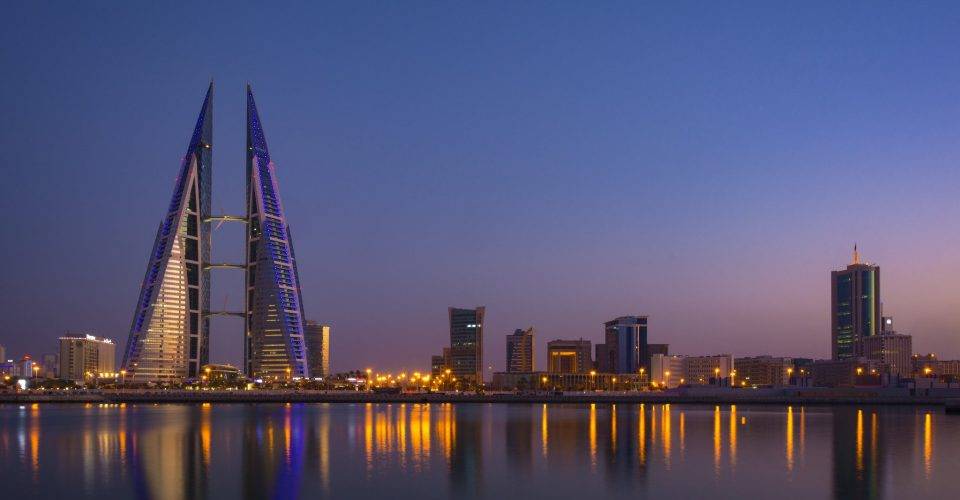 GCC cities Manama (Bahrain) and Sharjah (UAE) are among the world’s top five fastest-growing ecosystems with fewer than 1,000 start-ups, according to The Global Start-up Ecosystem Report 2020.

The major study, titled ‘The New Normal for the Global Start-up Economy and the Impact of COVID-19’, assesses not only the progress of ecosystems over the last year but also how markets have responded to the ongoing global Coronavirus outbreak. In the wider region, Cairo was also in the top five, with Dubai making it into the top 20 emerging ecosystems.

The report ranked Manama, Bahrain as one of the ecosystems in the ‘activation’ phase – describing locations with fewer than 1,000 active start-ups. It also recorded a dramatic improvement in funding availability in Bahrain, awarding the country nine out of 10 (up 8 places of one last year) – an achievement which puts Bahrain in the Top 10 Africa & MENA countries for early-stage funding.

The report – which tracks performance, funding, experience & talent, market research, connectedness and knowledge – also praised Bahrain’s strength in FinTech and noted the success of its stimulus programme in response to COVID-19.

Commenting on the report, Dr. Ebrahim Janahi, the Chief Executive of Labour Fund ‘Tamkeen’ said: “Building on its track record as a successful financial centre, Bahrain has quickly established itself as an innovative FinTech hub, home to regulations designed to enable and encourage entrepreneurship. In addition, during the current COVID-19 crisis, Bahrain has acted quickly to support adversely affected enterprises from the economic repercussions caused by the global spread of the pandemic.

“This is evident with the launch of the Business Continuity Support Program from Tamkeen, which comes as part of the Government’s economic and financial stimulus package announced to support both citizens and businesses in the Kingdom. With a budget of USD$106 million allocated, the program has already helped support small and micro enterprises, providing them with financial grants ranging between USD$5,438 and USD$31,830 depending on the size of the enterprise, which have been disbursed over a period of three months.”

Bahrain’s Labour Fund, Tamkeen, has long been a part of GSER’s Global Network and remains a major source of government funding, including financial grants and subsidies. Tamkeen is part of a Bahrain-wide support structure for start-ups that includes Startup Bahrain, a community led initiative, local angel networks like Tenmou, accelerators like Flat6Labs and BRINC, VCs like Middle East Venture Partners and 500 Start-ups, and local $100m Fund of Funds Al Waha.

David Parker, Co-Chief Investment Officer at Bahrain EDB in charge of ICT, said: “This recognition is a great achievement for Team Bahrain. The massive improvement in Bahrain’s score around funding is testament to the success of Al Waha Fund of Funds which has helped to drive the creation of more VC interest in Bahrain and across the Gulf, and supported the growth in our overall scores.

“But the report also recognises the comprehensive nature of the support for start-ups in Bahrain, and the positive impact of Bahrain’s stimulus programme which has helped SMEs weather the current pandemic.

He also added: “COVID-19 acted as a catalyst to the startups adaption of new technologies in all sectors including Foodtech, Smart logistics, Proptech and Healthtech aiming to improve business continuity and increase efficiencies.”

The report singles out Bahrain for its FinTech expertise, with the Central Bank of Bahrain’s FinTech Sandbox and Bahrain FinTech Bay, the region’s largest FinTech hub, being major factors in Bahrain’s growing reputation. Tarabut Gateway is the first licensed open banking platform and the largest in MENA. The GSER also recognised the Bahrain government’s $11.4bn stimulus package as a major source of support for start-ups.

Local Bahrain start-ups have been very active during the crisis. As well as providing its services for free for Bahraini government agencies, medical centres, and hospitals, Bahraini queue management start-up Skiplino has deployed its technology with Italian hospitals and UK supermarkets to help maintain social distancing during the pandemic. Similarly, GetBaqala and Weyak are both Bahrain-based apps that have been delivering medicine and pharmaceuticals direct to customers, ensuring that Bahrainis can continue to comply with social distancing rules.